Who won Bradley Jr vs Chaves?

Timothy Bradley Jr drew with Diego Gabriel Chaves by split draw in their 12 round contest on Saturday 13th December 2014 at The Cosmopolitan of Las Vegas, Chelsea Ballroom in Las Vegas.

Timothy Bradley Jr stepped into the ring with a record of 31 wins, 1 loss and 0  draws, 12 of those wins coming by the way of knock out.

Diego Gabriel Chaves made his way to the ring with a record of 23 wins, 2 loses and 0 draws, with 19 of those wins by knock out.

Timothy Bradley Jr was the older man by 3 years, at 39 years old.

Chaves had a height advantage of 1 inch over Bradley Jr. Despite this, he had 2-inch reach advantage.

Both Timothy Bradley Jr & Diego Gabriel Chaves fought out of an orthodox stance.

Bradley Jr was the more experienced professional fighter, having had 7 more fights, and made his debut in 2004, 3 years and 10 months earlier than Chaves, whose first professional fight was in 2008. He had fought 287 more professional rounds, 287 to Chaves' 0.

Bradley Jr's last 2 fights had come over a period of 9 years, 10 months and 22 days, meaning he had been fighting on average every 4 years, 11 months and 12 days. In those fights, he fought a total of 24 rounds, meaning that they had lasted 12 rounds on average.

What were the odds on Bradley Jr vs Chaves?

Sorry, we couldn’t find any historical odds for Bradley Jr vs Chaves.

Sorry, we couldn't find any news for Bradley Jr vs Chaves.

Sorry, we couldn't find any replay videos for Bradley Jr vs Chaves yet. Please check back later. 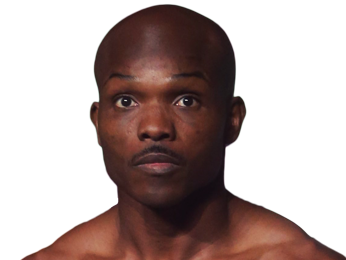