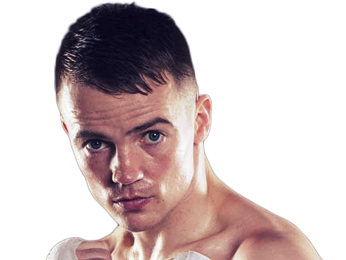 Frankie Gavin beat Bogdan Mitic by points in the 10th round on Saturday 28th March 2015 at Sheffield Arena in Sheffield.

The scorecards were announced as 100-90 in favor of winner Frankie Gavin.

Frankie Gavin stepped into the ring with a record of 21 wins, 1 loss and 0  draws, 13 of those wins coming by the way of knock out.

Bogdan Mitic made his way to the ring with a record of 20 wins, 6 loses and draws, with 13 of those wins by knock out.

The stats suggested Mitic had a slight advantage in power over Gavin, with a 65% knock out percentage over Gavin's 62%.

Frankie Gavin was the younger man by 2 years, at 34 years old.

Frankie Gavin fought out of the southpaw stance, while Bogdan Mitic was an orthodox fighter.

Gavin was arguably the less experienced fighter, having had 4 less fights, and made his debut in 2009, 4 year and 8 months later than Mitic, who’s first professional fight was in 2004. He had fought 62 more professional rounds, 208 to Mitic's 146.

Gavin had beaten 2 of his last 3 opponents, stopping 1 of them, going the distance once.

In his last fight before this contest, he had won against Bradley Skeete on 29th November 2014 by unanimous decision in their BBBOC British Welterweight and CBC Commonwealth Welterweight championship fight at ExCel Arena, London, United Kingdom.

Previous to that, he had won against Mate Hornyak on 24th October 2014 by technical knockout in the 2nd round at Civic Hall, Wolverhampton.

Going into that contest, he had been beaten by Leonard Bundu on 1st August 2014 by split decision in their CBC Commonwealth Welterweight championship fight at Civic Hall, Wolverhampton.

Gavin's last 3 fights had come over a period of 3 months and 28 days, meaning he had been fighting on average every 30 days. In those fights, he fought a total of 26 rounds, meaning that they had lasted 8.7 rounds on average.

Mitic's last 0 fights had come over a period of , meaning he had been fighting on average every . In those fights, he fought a total of rounds, meaning that they had lasted 0 rounds on average.

Sorry, we couldn't find any recent news for Gavin vs Mitic